So this is Christmas (aka 2016) - and professionally it was awesome. 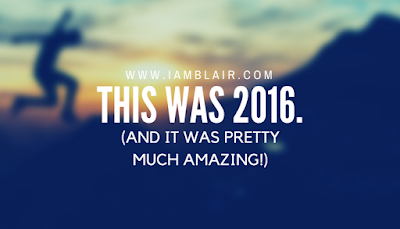 I preface this: 1.) I'm verbose, what else is new. 2.) I rarely ever share ( I think it's been over a year?) stuff from my blog on my social media worlds - But this is important, so I'm going to be both verbose and I'm going to share.

I remember living in North Carolina... so anxiously eager and excited to have an opportunity to 'move home'. I was 3 months pregnant but of course my potential employers didn't know. When I accepted a job at AOPA I had no idea how amazing and revolutionary it would be - not just professionally, but personally.

I met some of the most amazing people I will ever know because of AOPA(too many to name). And I connected with others (DK) in a real way. But then I referred someone - not just someone, I referred the person that would become my boss. And what a freaking struggle that was. But this isn't about that.

This is about what happened because of that referral. After months of realizing I was in hell - I randomly applied for jobs on ZipRecruiter.com

One of them was for a 'Senior Online Marketing Manager' for a company called MeetingPlay. I remember only the fact that I did not even complete the entire resume/online process. I wasn't serious about leaving AOPA of course.

But things quickly went from 'hell' to 'insanity awful' at AOPA. And it was the day before Christmas eve when this man called me. I didn't know he would be as amazing as he turned out to be.

I had a million projects that evening, so I was stuck in the office until nearly 7pm. We didn't talk until there after. But he was EXCITED! He was MOTIVATED! And he truly believed in what his company provided (mobile event apps). I had no idea I was speaking to my future CEO.

A few days passed, and I was speaking with the woman that now I can't even begin to define. At the time she made me paranoid. She asked the hard questions - the really hard ones. (Like defining a predicted budget for marketing in an industry I had never worked in. And to be specific... <--- Lisa, I may not have been close with certain investments we've made in software, but I hope my year one was as worthwhile investment wise as I hope. Joe, thank you for believing in the CRM/CMS I recommended. You both took a huge leap of faith not just in me, but in trusting my judgement and preference and hope for a tool and I appreciate it beyond measure.)

Where did I leave off? Oh, the hard questions. Yes, this potential woman asked of me things that made my mind go "uh oh". Both on the phone and in person - and I remember both situations so completely because of how specific and intentional her questions where.

The past year since that once upon a time phone call that I had no idea would completely change, enhance, and empower my life - so much has happened.  So many wonderful things have happened and transpired.

Like ranking on page one for a really hard keyword. Like having the CEO of t-mobile engage with us via social. Like creating a billion (not exactly) pages and blogs and social media posts and outreaches and guest blog posts and blah blah blah (all that awesome online marketing stuff) to help a company grow. I GOT TO HELP AN AMAZING COMPANY GROW!

I have never met two individuals so hard working. I have never met anyone as driven, as passionate, and yet as humble as Lisa and Joe Schwinger. And I somehow got lucky enough to have them as my bosses.

MeetingPlay, (oh by the way, that's the company I work for) - is growing, changing, and developing. (I was told I would probably cry a few times this year - of course that's just because of my hypersensitivity to change. Like when computer monitors change :)) But what 2017 holds for not just me - but for the company I work for - it's amazing. It's powerful. It's millennial terminology 'awesomesauce'.

I first created this blog in December 2007. I made a 'crazy' ( for me at the time ) decision to switch from livejournal where all my 'fans' where - to a blog with a domain on blogger where I knew nothing. I've obviously grown, changed, matured, and experienced much since those humbling days. But through every single thing I can tell you this  - I am and have learned to be, grateful.

And the most humbling and yet empowering thing that has happened - was when I joined the team at MeetingPlay.

Merry Christmas, Happy Hannukah (thanks Lisa for letting me know how to spell that), and Happy Holidays. I hope 2017 is as wonderful, empowering and growth impacting as I know my 2017 will be, for each of my friends and family members, And I hope that 2016 taught each of you lessons, but lessons of value and importance that landed in amazing opportunities and with amazing people.